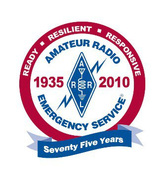 Will County ARES(Amateur Radio Emergency Service) would like to welcome you to our site.   The Amateur Radio Emergency Service®, (ARES®) sponsored by the American Radio Relay League has the longest history of public service of any Amateur Radio emergency communications provider organizations.  ARES is not an organization itself but a volunteer program of the ARRL and consists of licensed amateurs who have voluntarily registered their qualifications and equipment for communications duty in the public service when disaster strikes. Membership in ARRL, or any other local or national organization, is not required to participate in ARES-sponsored activities.

Training is required to participate fully in ARES. Because ARES is an Amateur Radio program, only licensed radio amateurs are eilgible for membership.

If your looking for communications for your next event in Will County please let us know.  Click Here

If you would like to write about Amateur Radio events happening in your area (Will County) let us know.  Photos and stories can be sent to me:  Webmaster

Will County ARES is still alive

February 2nd,2020- Ham in a Day Braidwood Illinois, check Eventbrite.com for registration. Or click link. Bolingbrook is the location of this event.


September- Route 66 on the air. We will operate W6U

Click on Image above to take you to Field Day 2017

Field day is fast approaching. Current location for Will County ARES will be with the EMA Command Vehicle and the location will be posted closer to the event. 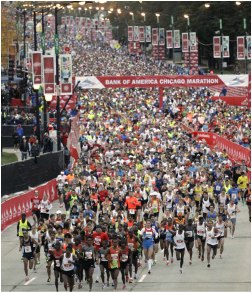 Sunday, October 11th, 2016,-130 ham radio operators provided additional radio support for the 2016 Bank of America Chicago Marathon.
The amateur radio operators offer radio communication support for the
2000 volunteer medical teams that work at the 20 Aid Stations, two
in-course field medical tents and the main medical facility in Grant
Park. The teams also walked with the 12Triage teams who
attended to runners within Grant Park.  The hams communicated back to Forward Command, if further medical support was needed. Some of the ham operators on these Teams walked as many as 9 miles in the Park.
Most of the ham were deployed to the Aid Stations and help the medical teams with communications involving medical needs and ambulance transport. This was the 8th year that the ham radio community has supported this event.  Hams come various states and from cities as far away as Madison, Milwaukee, Indianapolis, Peoria and Pittsburgh and as far away as California to help at the event. 12 local ham radio clubs are represented. One team has come from Peoria every year for the past six years, and provides their own lodging and then drives back at the end of the event. We use 6 local repeaters, several simplex channels and drink lots of coffee!  Many of the stations need to be operational by 6:30 a.m. to let the organizers
know when the medical teams have arrived and to assure that their
medical supplies are in place.  Once the race begins, the hams continue to support the medical teams with information about transports and supplies. 8 ham radio operators worked at the Forward Command tent, alongside the event operators, Chicago City Services and other agencies, providing Health and Welfare information to the medical doctor in charge, the medical logistics teams and the ambulance company.  An event that attracts more than 2.5 million spectators and 45,000 runners only can happen with the support of many, many people. There are 12,000 volunteers, for instance.  The 130 hams radio operators are a very small part of the enormous operation but are providing a level of redundancy to the multiple levels of communication the event organizers use.  Clearly, the event has the full support of the Chicago Fire Police and Event Management teams. If you would like to get involved with next year's event, please contact, Rob Orr, volunteer Lead, K9RST.  He can be reached at K9RST@arrl.net.  There is an ever increasing need for more for more volunteers.

The station used the call W6U. Where they made many contacts from Wales England to Brazil. They also made contacts with members of the “Ham Nation” show.

The Route 66 On the Air event started 15 years ago by the Northern Arizona DX Association and it was so others could “Relive the Ride”.

The Mother Road Route 66 was established in 1926, and was the first main highway from the Midwest to the West. As the highways changed the end to Route 66 wasn’t needed anymore.  It was officially decommissioned in 1986. Still to this day a small portion of the road exist in small towns in several states.

W9WIL Repeater back on the Air

Pictures from Museums on the Air 2014 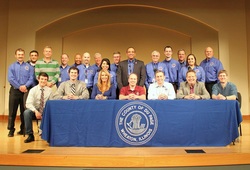 Tammie Souza. talked about how wind could destroy a home.  Many of her videos showed a house that is made without wind protection.  The other home had straps added to protect a home up to 85 mph wind.

Victor Gensini, reviewed the major events of 2013.  Mike Bardou, also talked about knowing what you see when spotting a severe event.

There was a recap by Skip Tabot, on the lessons learn from the El Reno - EF5 event that happened on May 31, 2013.  That was when four chasers died because of the changes in the storm.

Chris Novy -WK9V, talked about severe weather and things to look out for.  One was a lesson he personally learn with flooding water on roads.  "Turn around, don't drown" after he turned around thinking it was part of the road.  It turns out it was part of the creek that overflowed onto the street.  His car was taken underwater, he was lucky to get out of the car and live to talk about it.

Paul Sirvatka, talked about anticipating severe weather and what to look for when chasing or spotting.

All of the members took something back from this seminar that will be on their minds when severe weather breaks out.

Tri-County SET Working Out the Problems 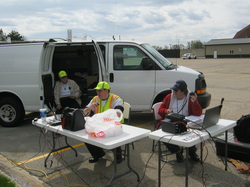 Saturday, May 4, 2013 – Will County ARES worked its second full scale Simulated Emergency Test (SET) with two other county ARES groups (DuPage and Kane County). All three counties would handle their own set of problems to work
out.  The only thing that would be common would be a tornado would pass through each county.
Some traffic would be passed through each group with FM phone and digital text.

Will County ARES this year would add a few things they didn’t do last year. ICS forms would need to be filled out by all of the members working. There would be a callout threw the KCVRM site, and members would not go to these locations till the call out was made.  The time limit to get to the location was 30 minutes from callout. A remote station needed to be setup, with different things going on from repeater failure to power failure.

There was many sites setup that stretched the bands, with members in very remote locations.Their test was to find a way to get to the location, even if they didn’t know where it was other then what was on a map.

We had learned that on the simplex side we could not stretch the remotes that far without someone being in the middle to relay.  That getting a better understanding of where the ARES member was needed (i.e. crossroads close to the needed site).  And ICS forms needed to be in everyone’s “Go Kit” so they could maintain a location for hours.

Everyone agreed we all had learned something from this event and talk is the committee is working on 2014 SET to change more things around.

SETs are a great way to teach Amateur Radio Operators how to handle any scenario when they are in the field. ARES members are encouraged to do a SET once a year within their county. Will County ARES members work to better themselves when they are ask to help out.